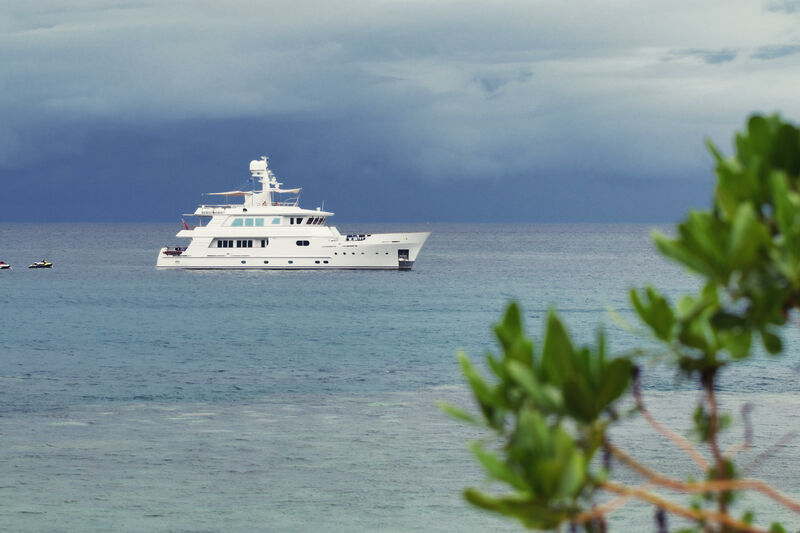 Launched as M/Y China by Kingship in 2006, the 33-metre Relentless was the very first yacht built by the Chinese shipyard and also the first yacht in Asia to comply with Llyod and MCA classifications. Her exterior lines were designed by Ward Setzer with naval architecture by Vripack and SeaQuest with an interior by the in-house team of Kingship. In 2013 the yacht changed hands and was purchased by her current owner. She was sighted spending time of Fiji’s Waya Island last month.