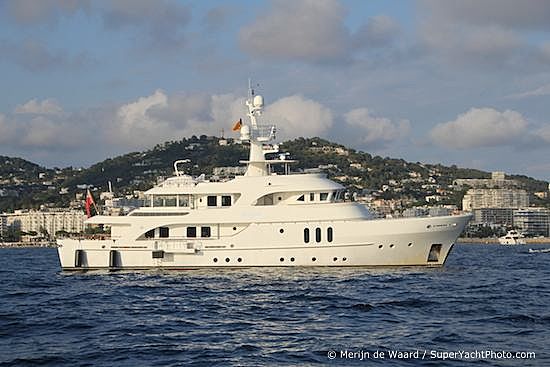 Pictured here in Cannes is the 34.70 superyacht Beluga, part of the Moonen 114 Explorer series. Launched in 2006 by the Dutch shipyard Moonen, she was the largest displacement yacht the shipyard had built at the time. Stolk Marimecs is responsible for her naval architecture, whilst Rene van der Velden undertook both her exterior and interior design.

She accommodates up to ten guests on board over five cabins, including the luxurious owners' suite complete with an office and large bathroom located forward on the main deck. The owner’s suite also features three full-height vertical windows per side and its own air-handling unit. Four double guest staterooms below are separated by a structural bulkhead from the crew quarters for up to five crew in total.