The 34-metre classic sailing yacht Seljm, listed for sale by Tim Carbury and Georges Bourgoignie at Fraser, has been sold with Yachtzoo introducing the buyer. 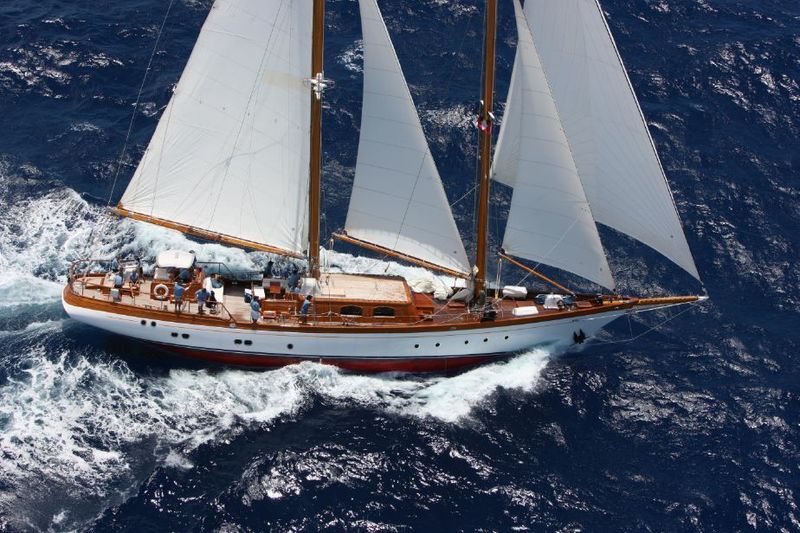 Photo: Fraser Yachts Built in Iroko wood on steel frames by the Italian yard Sangermani and delivered in 1980, this 34-metre sailing vessel has exterior design and engineering by Anselmi Boretti Integral Designs, also undergoing a refit in 2010.

Her classic hand-rubbed mahogany interior with teak joinery accommodates up to eight guests across four staterooms, all of which feature entertainment systems and ensuite shower facilities. A crew of five is also accommodated for on board.

A fixture in the world's classic regattas, Seljm won the prestigious Concours d'Elegance in the 2013 Antigua Classic Yacht Regatta. With her previous owner - who owned her since 1995 - she circumnavigated the globe three times.

Under power, a 365hp Caterpillar engine delivers a maximum speed of 10 knots and a cruising speed of nine knots.

Airin in the bay of Porto Ercole