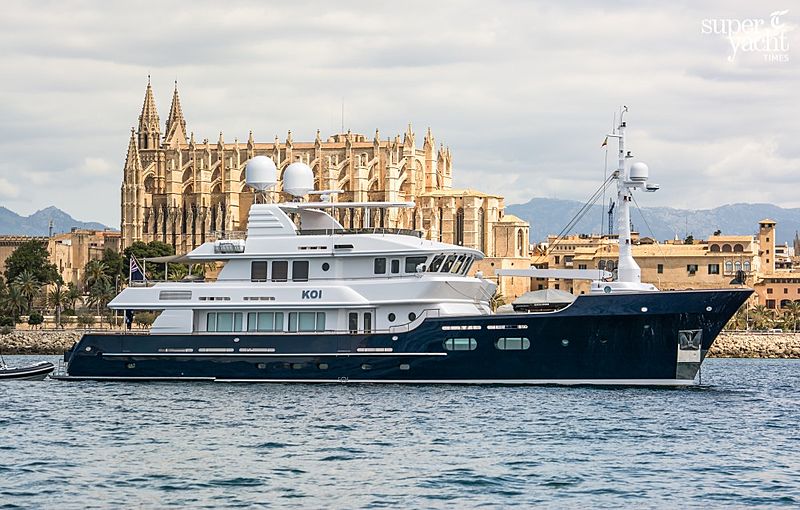 Launched in 2001 by New Zealand shipyard McMullen & Wing as Surprise, the 35 metre Setzer Designed Yacht changed hands in 2009 and is today known as Koi. Her current owner purchased the yacht with the intention of offering the vessel as a charter yacht and has since the acquisition spent a considerable amount of time and money in the refitting of Koi. Her most recent refit in 2014 cost an estimated €1.3 million and was a complete refit. The work included; another complete interior refit; brand new generators; IT upgrades including a 4G router; AV upgrades of the entertainment systems and a major main engine service, amongst many other improvements. She was recently captured by SYT’s Tom van Oossanen in Palma de Mallorca with the iconic Cathedral of Santa Maria in the background.