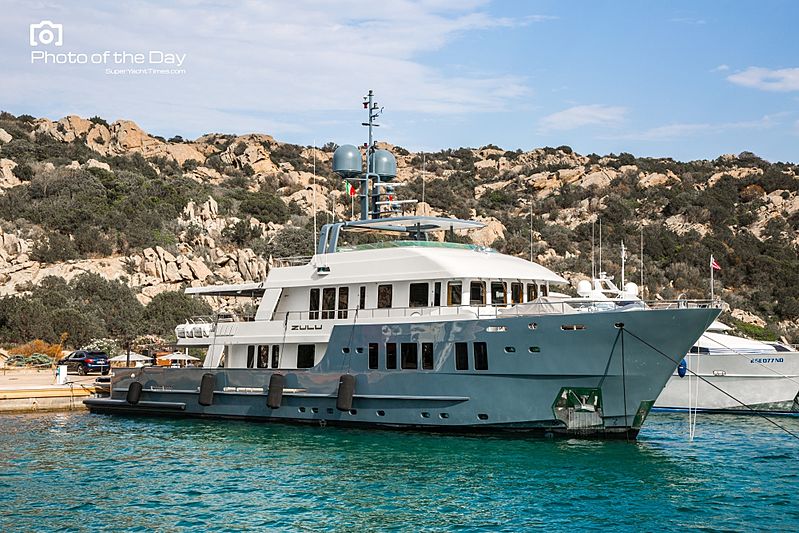 The 35.4-metre superyacht Zulu was built by the Brazilian shipyard Inace and launched in 2009 as Beyond. Both her exterior and interior lines were designed by Michael Kirchstein and in 2013 Pastrovich Studio designed a new interior for the vessel that was refitted by Compositeworks in La Ciotat, France. The Maltese-flagged yacht returned to Compositeworks the following year to have her hull lengthened at the stern by five metres from her original 30.4-metre length. The lengthening, which was engineered by Azure Naval Architects, has created a transom beach club and additional interior accommodation. She was seen in Poltu Quatu, Sardinia earlier this summer.