The 37.48-metre sailing yacht Ludynosa G, listed for sale with both Burgess and McMaster Yachts, has been sold with Chris Daves from Denison Yacht Sales introducing the buyer. 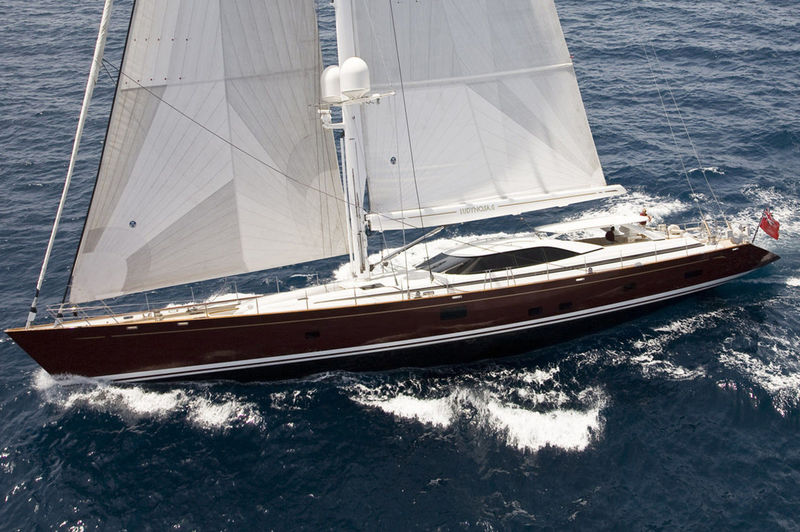 Ludynosa G was launched in 2005 as a fast cruising sloop and was built in aluminium by the New Zealand-based yard Fitzroy Yachts to a design by Dubois Naval Architects, with a four-cabin interior designed by Redman Whiteley Dixon.

On board, she accommodates up to eight guests, with her guest accommodation consisting of a twin cabin, which converts to a double with an additional Pullman berth, a VIP queen cabin, a second twin cabin with Pullman and the owner’s cabin. A crew of five is also accommodated on board.

Stand-out features on board the 37.48-metre sailing yacht include a tender well that can be used as a sunbathing area when she is in port and the aft cockpit which can be transformed into an outdoor theatre at night. Over the years, she has also undergone various upgrades, with a full set of Doyle Stratis sails added in 2012.

Ludynosa G has a cruising range of 4,000 nautical miles under power, taking advantage of her 700hp Caterpillar engine. She has a top speed of 12 knots and a cruising speed of 11 knots.