Merle & Wood Associates has announced that the 38.1 metre aluminium superyacht No Comment has been sold. She was jointly listed for sale with Merle Wood & Associates and Luxury Yacht Group. 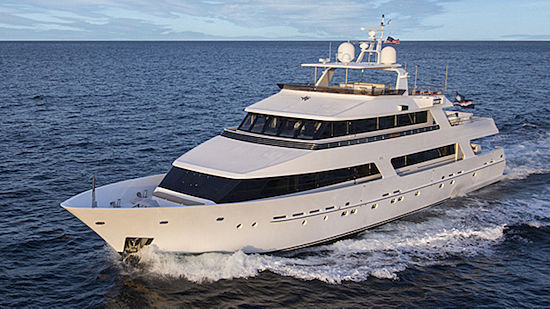 Built by Heesen Yachts in 1986, she features naval architecture and exterior design by Mulder Design, whilst Dutch studio Art Line were responsible for her interior. She accommodates up to 12 guests as well as a crew of 7. Powered by two Deutz AG TBD 616 V16 engines, she has a top speed of 16.5 knots, a cruising speed of 14.5 knots, and a range of 3,000 nm.

In 2011, she undertook a significant refit taking two years to complete and reportedly costing $10,000,000 in total. Work to the yacht included expansion of the yachts sky lounge, bridge and sundeck extensions and reconfiguration of all exterior areas, and a main aft deck extension. In addition, her engines were also rebuilt, and all mechanical systems were replaced.

Michael Rafferty at Camper & Nicholsons introduced the buyer and at the time of sale, she was listed at an asking price of $7,900,000.