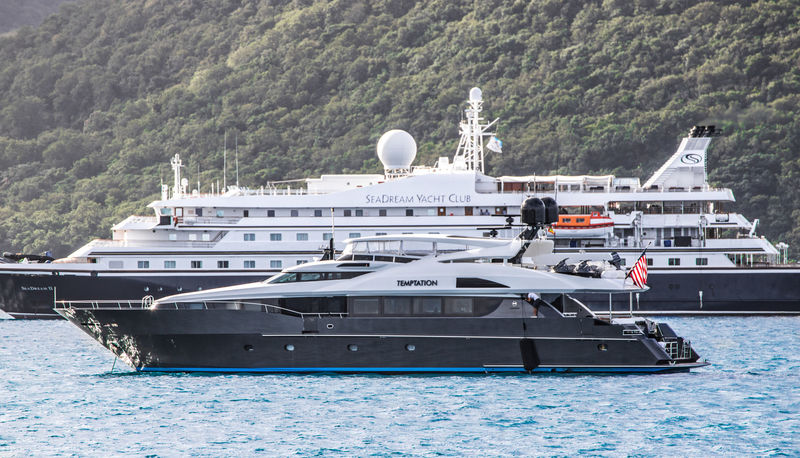 Temptation is a fully custom motor yacht built by Palmer Johnson in America in 2005. Launched as Alter Ego and later renamed Finish Line, the yacht was sold mid 2017 to her current owner after the yacht was listed for sale at $5,900,000. She has retained her sporty Nuvolari Lenard design who also created the interior of this popular charter yacht who underwent a refit in 2012. SuperYacht Times spotted Temptation at anchor in Rodney Bay, St Lucia this past winter season in the Caribbean.