Ocean King has delivered their flagship vessel to her new owners. The Ocean King 130, named Genesia, features an exterior design by Andrea Vallicelli and is the third vessel to be delivered by the Italian shipyard. 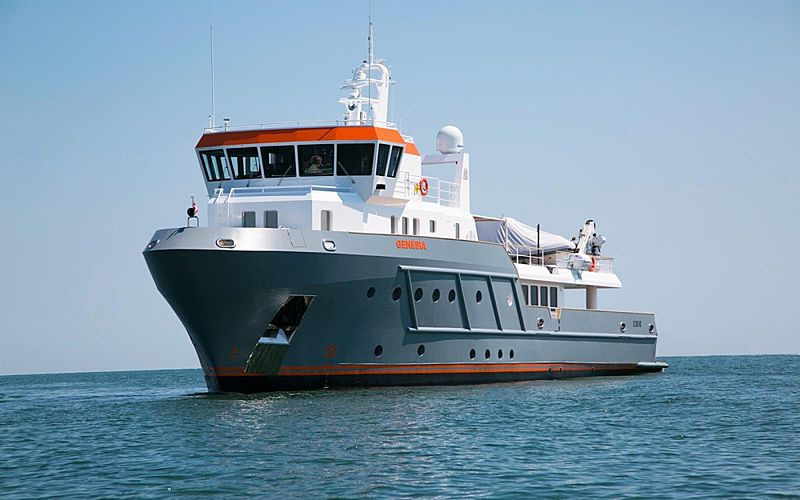 The 40.3-metre yacht is constructed entirely of steel and has a volume of 650 gt. She accommodates guests over a six room layout, with stand out features including a large beach club, generous exterior spaces and a touch and go helipad.

Scheduled to be on display at this year’s Monaco Yacht Show, the second hull in the Ocean King 130 is available for purchase with Ocean Independence and is listed - somewhat uniquely - at an asking price in Bitcoin of Ƀ 3846. Ocean King encourages visitors to visit Genesia to learn more about the new shipyard.