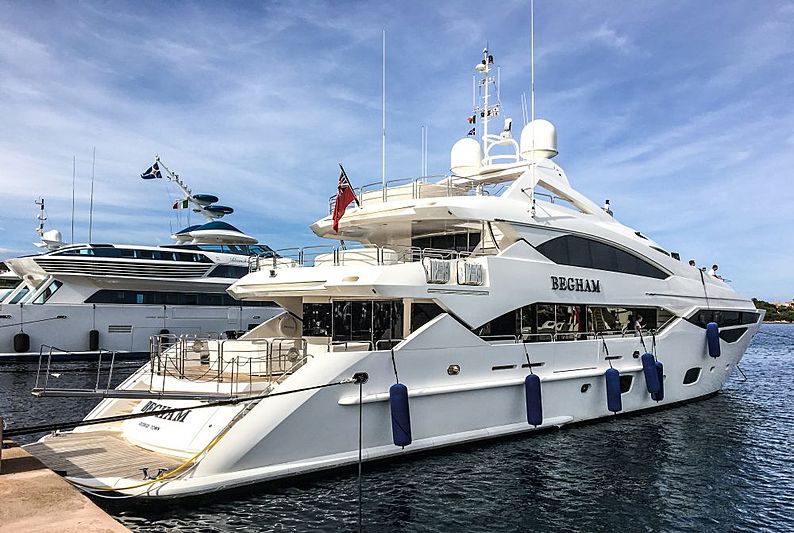 Sunseeker launched its 40-metre superyacht Begham in 2014. Named Begham at the time, the yacht forms a part of the British yacht builder’s successful 40-metre series, which was replaced last year by the new-generation 131 Yacht line. Begham accommodates up to 12 guests in 6 staterooms. She is a regular sight on the Costa Smerelda where she spends her time in the harbour of Porto Cervo on the island of Sardinia.