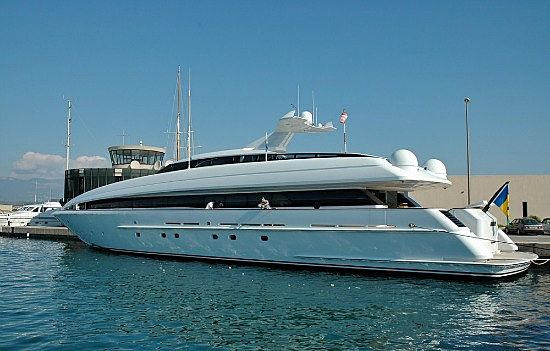 The 41 Metre Adler in Antibes

The 41 metre Adler was built by the Lauderdale Marine Center, in Fort Lauderdale in 2005. Her designed, Gary Grant, also designed a recent yacht built by Heesen, named Crazy Me, which has similar lines to Adler. The yacht, named after the German word for eagle, reaches a top speed of 50 knots. This isn't the first high speed yacht to be named Adler, as there is also a Baglietto built in 1987, named Adler.