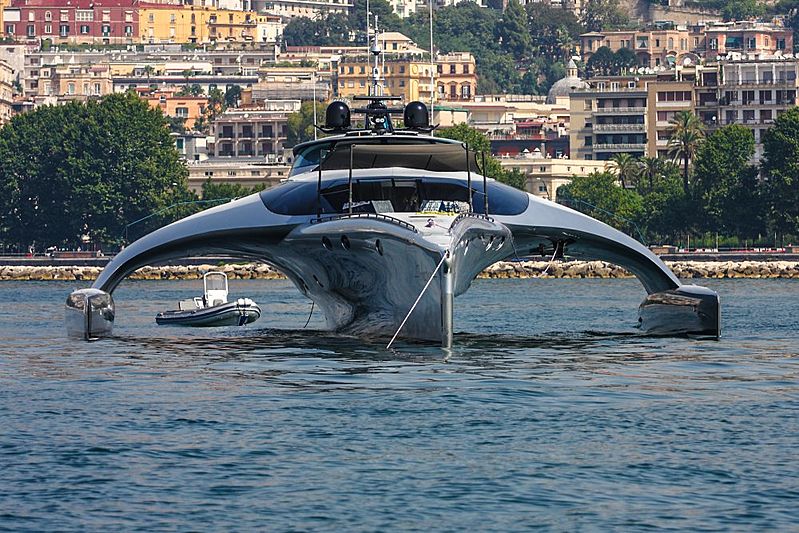 The futuristic multihull superyacht Adastra has arrived in the Mediterranean this summer season after a period spent in the Pacific and the Caribbean last year. The yacht was built in 2012 by McConaghy Boats in China. Shuttleworth Design in England is the team behind her space-like exterior and designed the yacht to be built with a carbon fibre and Nomex honeycomb cockpit with a glass/Kevlar hull. The custom built Adastra travels at a speed of 17 knots and is capable of reaching 22.5 knots as her top speed.