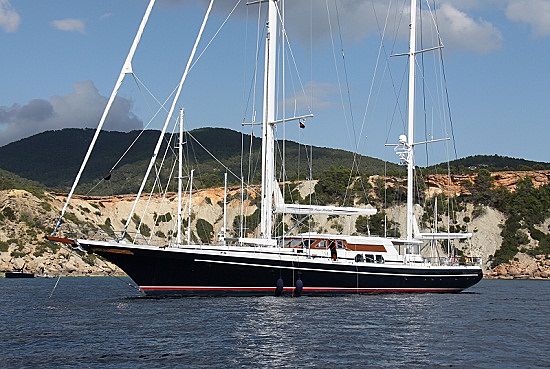 Inspired by Jules Verne's "Around the World in Eighty Days", this magnificent 42 metre traditional Jongert ketch was named after one of the main characters: Passe Partout. With great sailing performance and highest standards of comfort and luxury, Passe Partout is as new after her second launch in 2009. Last weekend Passe Partout participated in the Dahm Club Yachting Life Cruising Rally 2011. Meticulously maintained, she is currently for sale with Dahm International.