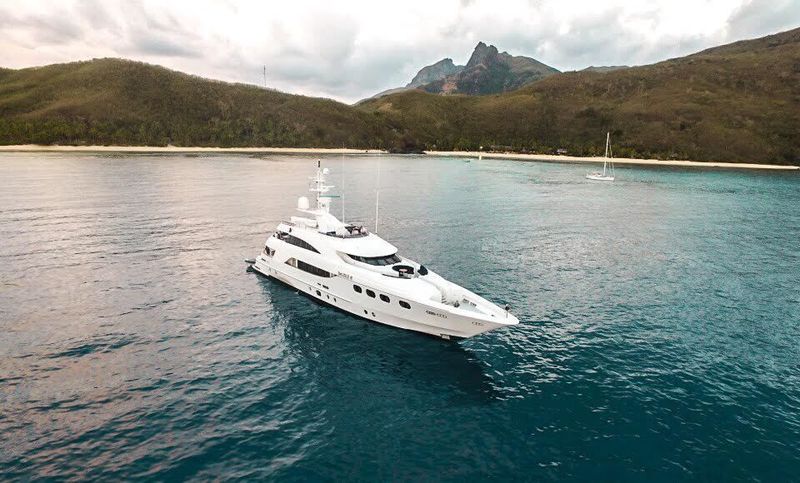 Gulf Craft launched the 42-metre De Lisle III in 2008 and the yacht has remained largely out of the spotlight during her time spent down under in Australia from where she cruises the Pacific islands. She is the design work of Mulder Design and Sam Sorgiovanni who designed the exterior and interior of the vessel respectively. The full GRP yacht underwent a refit in 2014 to keep De Lisle III in the same top condition as she was launched a decade ago.