The 42 metre steel and wooden superyacht Cangarda (ex. Magedoma) has arrived at Front Street Shipyard in Maine, U.S. for her latest set of work. Built by Pusey & Jones in 1901, this classic yacht has a colourful history. Like many yachts built prior to WWII, she played her part in the warfare of the 1940s, serving in the Royal Canadian Navy. After the war she sadly fell into disrepair, and was mainly lost in a Boston Harbour sinking. 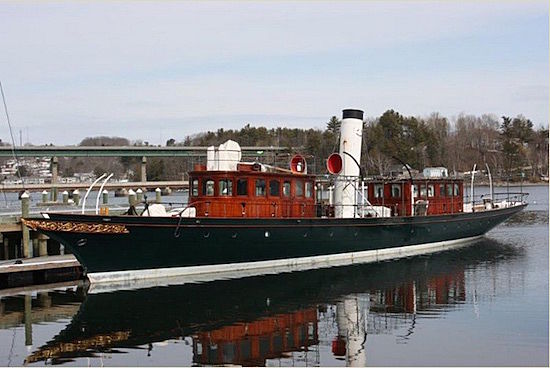 Some of her remains were salvaged, however, and in 2004 a complete reconstruction begun. she was relaunched in 2009, and has been used as a private vessel since then, though her owners have opened her up to the public on occasion in the form of a museum.

Work at Front Street Shipyard on Cangarda is scheduled to be completed towards the end of Spring this year.