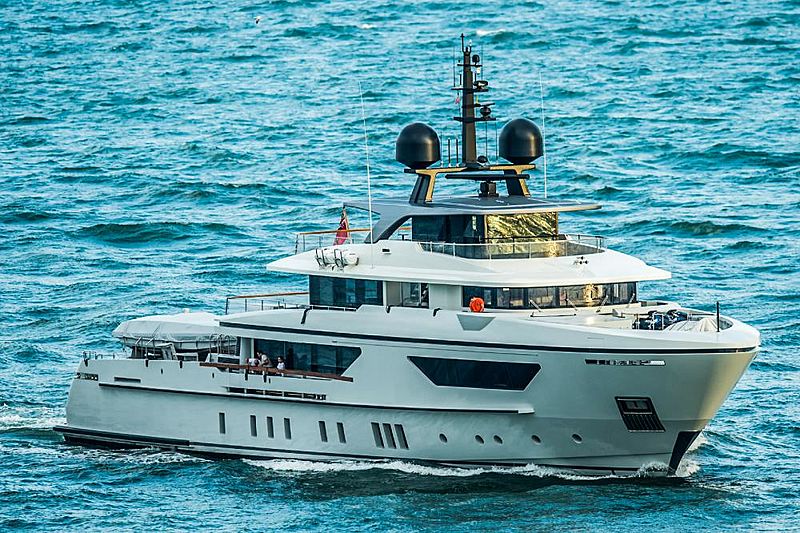 Seen here arriving in Fort Lauderdale’s Port Everglades after her Atlantic crossing in December is the 42.2-metre superyacht X. Launched by Sanlorenzo last year, X is the second yacht in the Italian shipyard’s 460EXP range designed by Francesco Paszkowski and follows the military-green Moka which was launched in 2015. X stands apart from her sister ship with a striking pearl grey hull. The yacht is constructed with a steel hull measuring 9.2 metres across to offer increased comfort and sea keeping capabilities. Fitted with two 1300 hp engines, X is able to reach a range of over 4,000 nm while cruising at 11 knots thanks to her 50,000-litre fuel tank. Another three units of this particular model have been secured by the shipyard, which will be ready for delivery to their owners over the coming two years.