The 43.6-metreSeven Sins has been sold, with Marc Borderon at Peter Insull’s Yacht Marketing acting for both the buyer and seller. Built by the Dutch shipyard Heesen, Seven Sins features both exterior and interior design by Omega Architects. 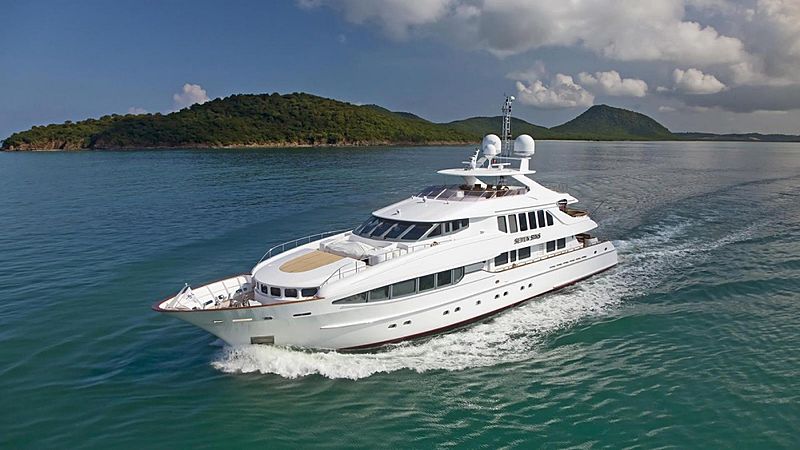 Custom-built by Heesen in 2005, Seven Sins underwent an extensive refit and conversion at Balk shipyard between December 2014 and May 2015 where her overall length was increased by over two metres.

On board she accommodates up to 10 guests as well as a crew of seven. Accommodation consists of a generous master suite, two VIP cabins and two twin cabins. Powered by twin 1,000hp Caterpillar diesel engines she has a cruising speed of 12 knots, and a maximum speed of 14 knots, with a range of 5,500nm.