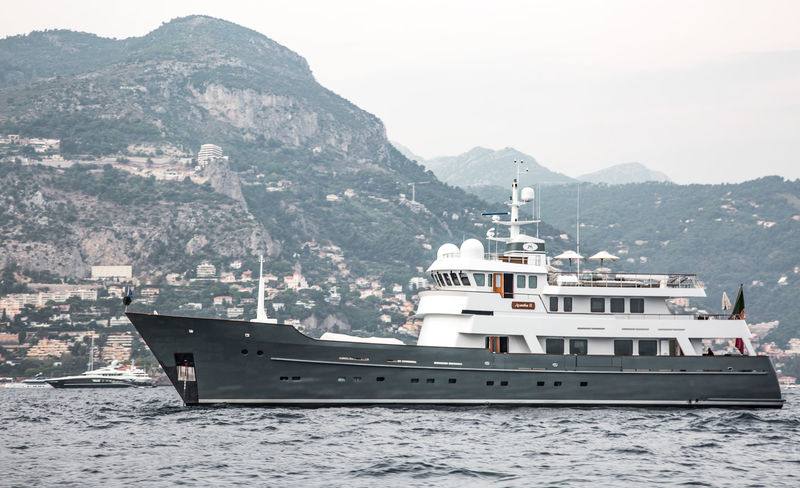 JFA Chantier Naval built the 43-metre Axantha II in 2011 for a repeat owner who first owned the 37-metre Zeepaard (then named Axantha) which was built by the same shipyard. Built for adventure, her design is that of Dutch firm Vripack and was engineered to travel independently around the world with an impressive range of 7,900 nautical miles. On board, she accommodates 12 guests in total with a crew of eight members. She was recently seen at anchor outside the port of Monaco.