Home > News > The 45m Benetti superyacht Told U So sold

Built by the Italian shipyard Benetti in 2011, the 45 metre superyacht Told U So has recently been sold in an in-house deal at Camper & Nicholsons with Richard Higgins acting for the seller. She features exterior design by Stefano Righini Design, whilst her interiors are by Molori Design. 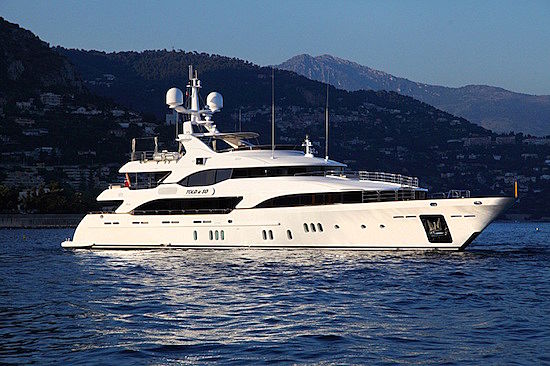 She accommodates up to 12 guests in total on board over five luxurious cabins with extra Pullman berths, as well as a crew of up to ten. Powered by two CAT 3508B engines, she has a maximum speed of 15 knots, and a cruising speed of 12 knots. She has a range of 4,000 nm at a speed of 12 knots.

Alex and Gaston Lees-Buckley represented the buyer in the deal. Told U So was listed at an asking price of €14,850,000 at the time of sale.