The 45 metre sloop Helios built by Perini Navi in 2007 has recently completed an extensive refit at the Perini Navi Service & Refit facility in Viareggio. The project was initially set to spend winter in the yard, but after a change of plans, it became necessary for the completion date to be moved forward by several months. 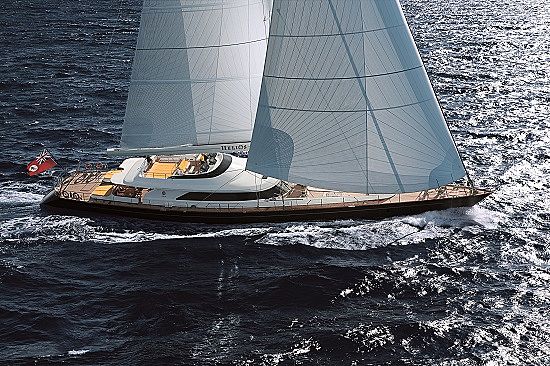 Captain and refit manager of the project, Raymond Wroe-Street, says, “The refit team led by the very capable Elena Piendibene. Elena and her team worked diligently in getting the work done to meet our new deadline. The mast was repainted and all rod rigging changed. With the change we saw several improvements to the mast which allowed us to tune to a much better shape. Although not a huge work list, it was an expensive one. Perini stayed well within the quoted budget and in several cases was able to undertake the work with a significant savings to the yacht.

"This is the second refit undertaken with the Perini team , and I can honestly say that they are one of the best shipyards that I have had the pleasure of dealing with during a refit project.”

She is set to leave the yard and sail to the Caribbean shortly.