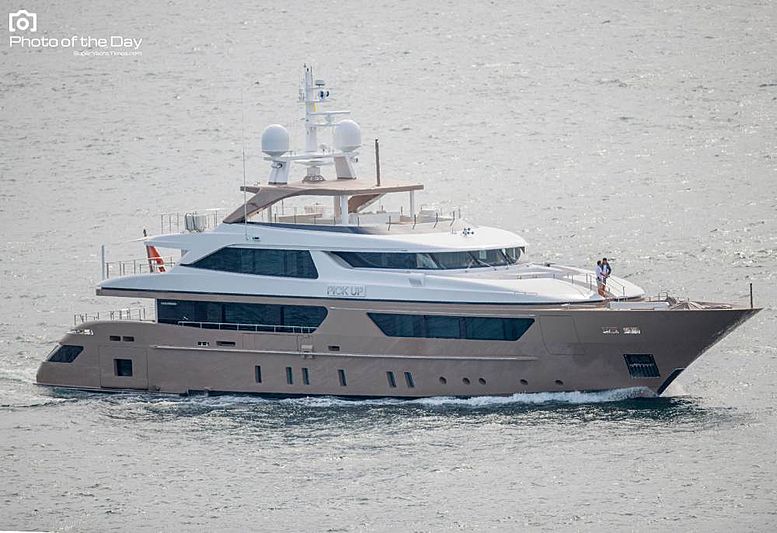 Built as the second unit in Sanlorenzo’s 46 Steel line, Pick Up was launched in 2011 by the Italian shipyard as Carol. In 2014 the yacht arrived at the Rossinavi shipyard where she underwent a 14-month refit, during which her interior was completely rebuilt and where she received a new coat of paint in the copper tone we see today. Here she is seen arriving in Fort Lauderdale, Florida.