Home > News > The 46m superyacht After Eight cruising in Vancouver 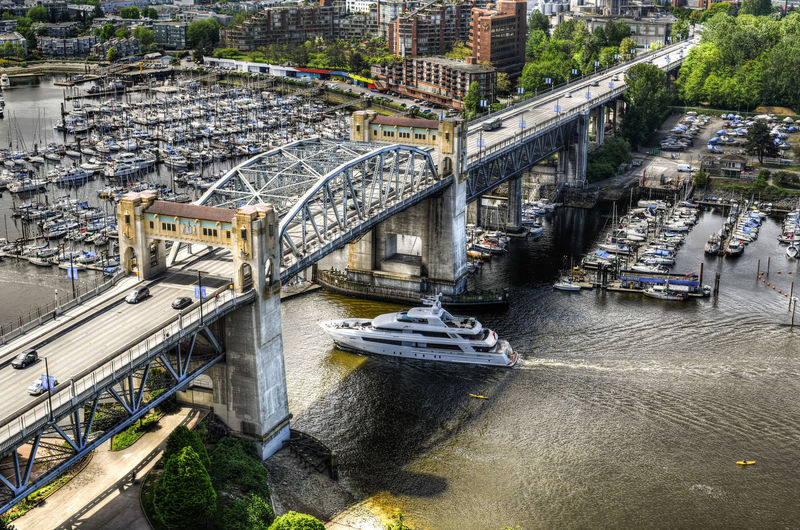 Photo: Doug FarmerBased in Vancouver, Canada, the 46.2-metre motor yacht After Eight was seen last week cruising underneath the city’s famous Burrard Street Bridge. The yacht was launched in 2007 at Northern Marine in the States to a design by Jonathan Quinn Barnett and forms part of the yard’s 151 Tri-Deck series.