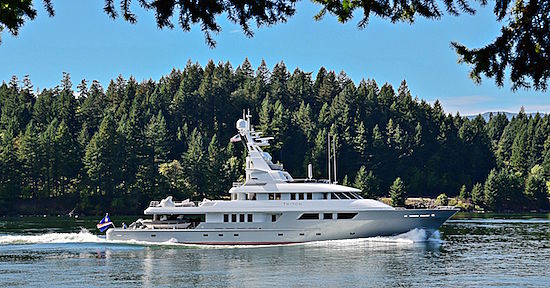 Photographed here cruising up the Columbia River in Cascade Locks, Oregon, U.S., last September is the 49.7 metre superyacht Triton, built by the U.S. shipyard Delta Marine in 2004. She was designed in her entirety by the in-house design team at Delta, and accommodates up to 12 guests as well as a crew of 10. Her original owners built her with worldwide cruising in mind, as well as deep-sea fishing and exotic reef diving.