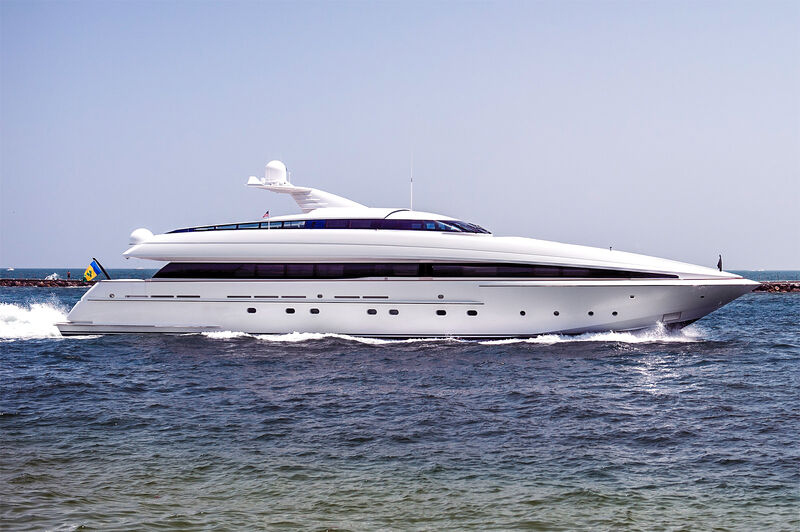 The 41-metre motor yacht Adler was built in 2005 at Lauderdale Marine Centre in south Florida in 2005. If her exterior reminds you of the 50-metre Heesen Crazy Me, it is because they both share the same designer, Gary Grant. In fact, there is another yacht named Adler that also shares a similar exterior design and was built in 1987 by Baglietto. Adler, meaning eagle in German, is designed to reach a top speed of 50 knots, making her one of the fastest yachts on the water today. Here she is seen arriving in Port Everglades in Florida.