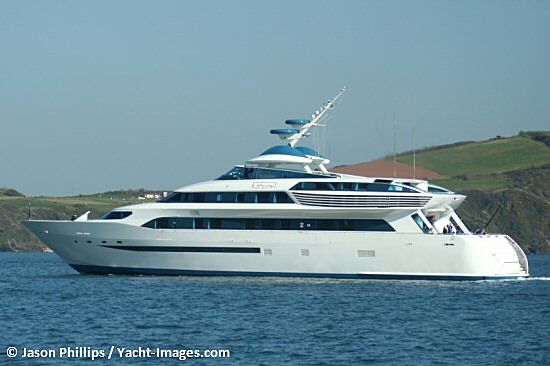 The 50m Alamshar under sea trials off Plymouth at the beginning of April. In July 2007 the yacht was launched again after a construction process of many years. She was originally launched in 2003, but due to technical problems she disappeared in the shipyard again. In 2006 she caught fire in her engine room during sea trials, but now everything seems to progress very well on this prestigious project. The yacht is powered by Rolls Royce engines and gas turbines enabling her to achieve speeds over 60 knots.