The 49.8-metre sailing yacht Silencio, listed for sale with Jonathan Barbe at Edmiston & Company, has been sold with Aqua Marine Group introducing the buyer. 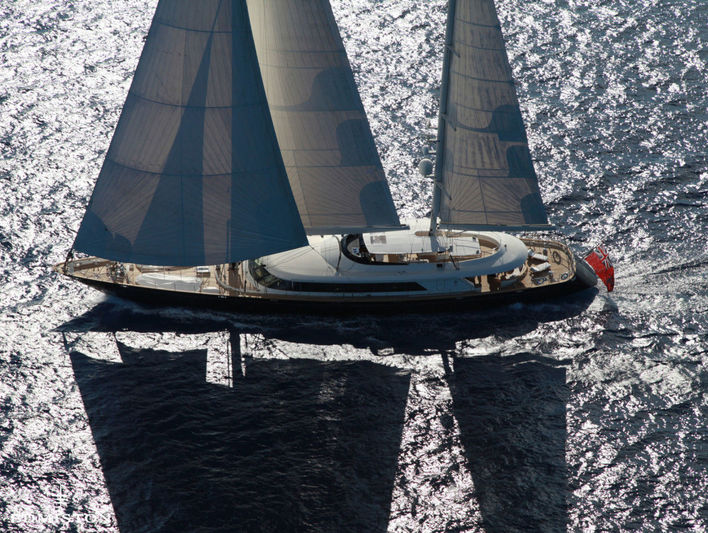 The 49.8-metre sailing yacht was built in steel and aluminium by Italian yard Perini Navi and was delivered in 2001. She was the third yacht in Perini Navi's 50-metre series.

On board she accommodates up to 12 guests across five en-suite cabins complete with television facilities, including a full-beam master suite, two double cabins, one twin room and one convertible cabin.

Silencio features an elegant and contemporary interior by the award-winning French designer Christian Liaigre and underwent an extensive refit in 2012. During her refit, which was undertaken in Viareggio at the Perini Navi shipyard, Silencio benefitted from the addition of larger outdoor spaces, as well as sunbathing areas and additional al-fresco dining areas.

Alongside many successful charter seasons, Silencio has also had great success at regattas and won both the 2013 Perini Cup and the 2015 Millennium Cup.

Under power, twin 979hp Deutz engines give her a range of 3,100 nautical miles with a top speed of 15 knots and a cruising speed of 12 knots.

25 January 2021 07:00
Photo of the Day
Currently in Dubai with the UFC fighter Conor McGregor on board is the 91.4-metre yacht Moonlight II. Built by Neorion in Greece as Alysia and completed in September 2...

25 January 2021 14:30
Design
Barcelona-based studio Marcelo Penna (MP) Yacht Design has delivered its most recent explorer style superyacht concept. The design of the 50.26-metre Explorer has been...

25 January 2021 12:00
Business Fleet
Here we closely follow all developments regarding the coronavirus Covid-19 pandemic in relation to the superyacht industry and bring you the latest updates. If you hav...