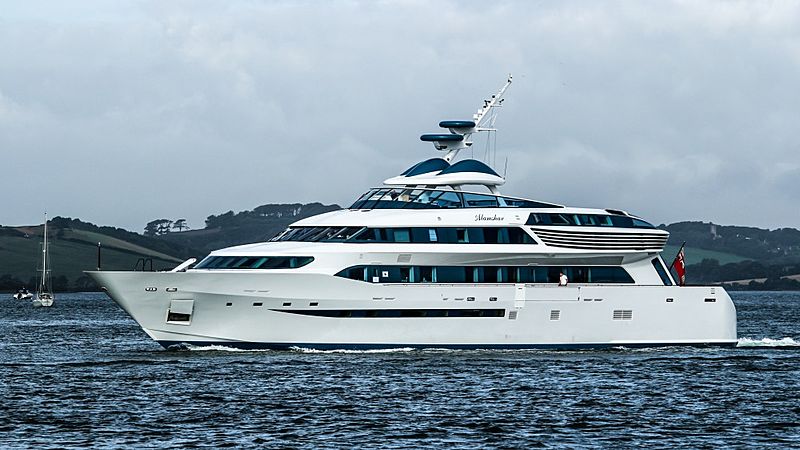 Seen cruising off Plymouth this week was the 50 metre superyacht Alamshar. The yacht was launched by Devonport Royal Dockyard in the same city in 2014 after a lengthy and complicated build period spanning 13 years.The waterjet propelled yacht, designed by Pininfarina, is powered by six gas turbines yet is also able to cruise using just one of her six engines for better fuel efficiency.Alamsharis capable of achieving 700 nautical miles at speeds in excess of 45 knots at full load, 950 nautical miles at a transit speed of 35 knots, and 1040 nautical miles at 15 knots. The yacht’s naval architecture was developed by Donald Blount and Associates with interior spaces created by Redman Whiteley Dixon.