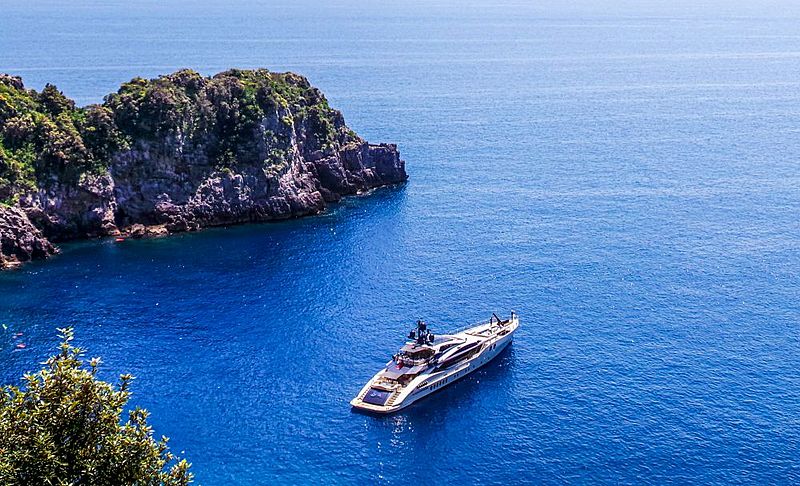 Seen here anchored off the Italian coastal town of Conca dei Marini in the Campania region is the 52 metre superyacht Bliss. Built by Palmer Johnson in 2014,Bliss is constructed entirely out of aluminium. She features an exterior and interior design by Nuvolari & Lenard, whilst Palmer Johnson were responsible for her naval architecture of the vessel. Bliss is the second unit in the shipyard’s PJ 170 series that was constructed at its previous facility in Sturgeon Bay. The two other yachts in the series are the 2010-built DB9 and Sanam, which was recently delivered after having been completed in Dania, Florida.