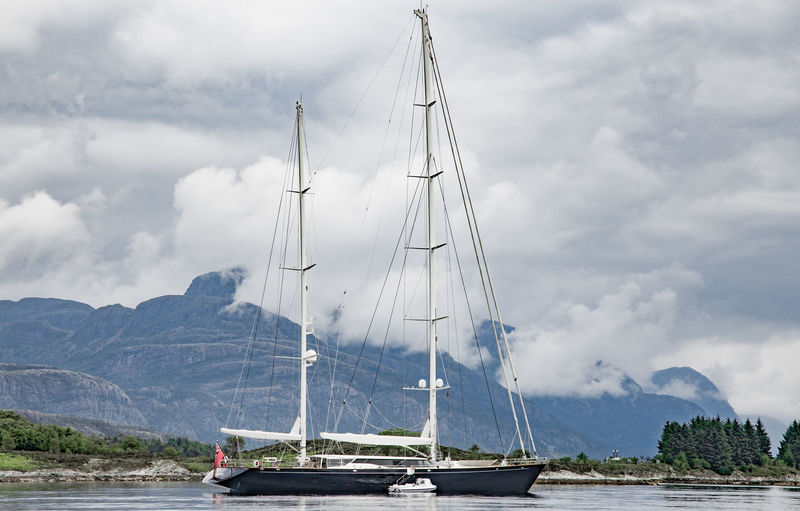 Built in 2002 as one of the sportiest Perini Navis of her time, Squall represents many firsts for the Italian yachting brand. The project was the first time Perini worked together with a naval architect outside the company itself, namely Ed Dubois, who brought to the table his racing knowledge and iconic styling touches. She was also the first Perini to be built on a aluminium hull and was brought over for outfitting to the Viareggio yard from Tuzla, Turkey where it was constructed. Her Rémi Tessier interior can be described as minimalistic and matches her race-oriented deck setup. She was seen in Florø, Norway earlier this summer before returning to her usual cruising grounds in the Mediterranean.