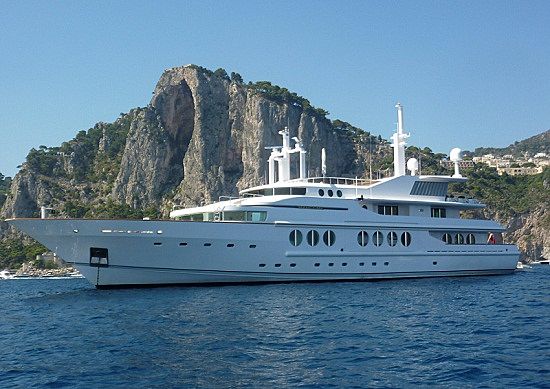 Maridome, previously known as Stefaren, is a high volume 54 metre superyacht, built in 1989 in Lowesoft . Maridome was built by Brooke Marine to a Bannenberg design for a US owner. In her early days, Maridome carried a mini submarine in her large tender garage, hidden behind four large circular windows, a Bannenberg trademark in that time. In 2005 and 2006 Maridome was refitted by Nobiskrug and Donald Starkey redesigned her interior.