Home > News > The 54m superyacht Itasca at anchor in Cannes 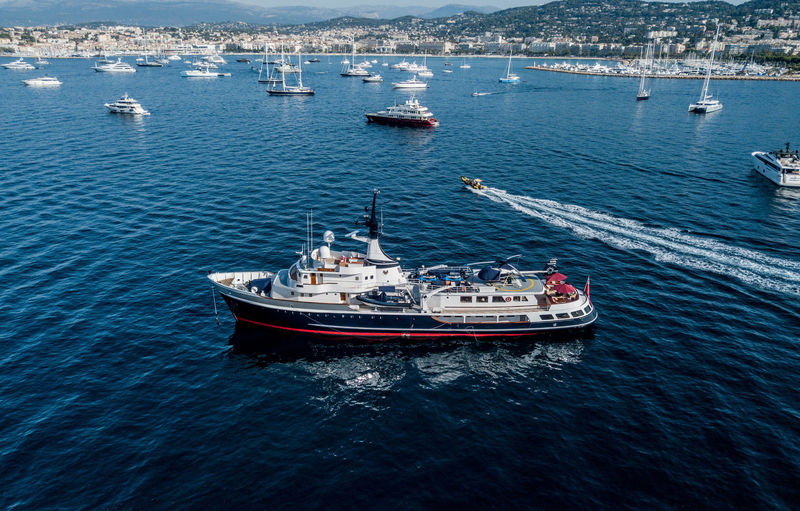 Photo: Bruno Buisson / SuperYacht TimesAnchored off Cannes this week is the 53.6-metre converted ocean tug formerly known as Caribische Zee and now cruising as a luxury yacht under the name Itasca. The vessel was built in Holland at  J. & K. Smits Scheepswerven in 1961 and was transformed into the luxury vessel we see today in 1981. Itasca was originally built to cross oceans while towing extreme vessels and this power and transoceanic range of 16,000 nm makes her the ideal explorer superyacht. She boasts impressive toy-carrying capabilities and is also equipped with her own helicopter pad, doubling her exploration abilities.