Wings of Light, the 55 metre sailing yacht concept, was one of the finalists in this years Young Designer of the Year Awards, held annually. Designed by recent Turkish naval architecture graduates, Harun Kemali and architect Işık Gören, the design is a combination of a traditional and comfortable layout, with a minimalistic and modern style. 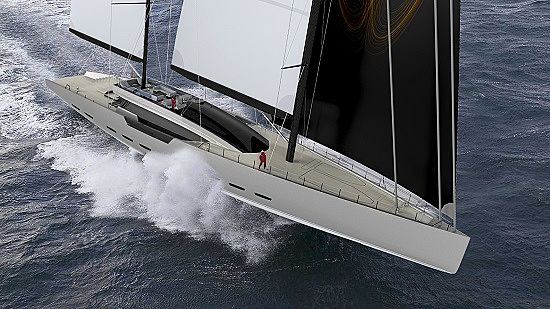 She has a streamlined superstructure and large glass surfaces. She features a large flybridge, protected cockpit and sunbathing lounges. Amongst her amenities on board is a waterfall and pool, which are located aside cockpit dining.

Inside, she has a minimalistic, contemporary and naturally bright environment, utilising light wood materials, turquoise and dark blue colours throughout. The designers note that the minimalistic approach also creates a slightly futuristic atmosphere. 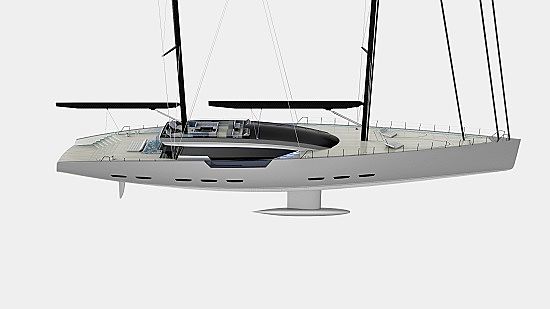 The designers comment on the design, stating, “Simple beauty contains great mathematics behind it as well as in human creation; no doubt art and science have a common matrix. The matrix of art and science continues also here, where yacht design is a hard decision making progress; in which, change in the simple decision may lead to a totally different result as similar in chaos theory and the butterfly effect. As wings of a butterfly fluttered in this design process, initial lines started to turn into a nice final yacht which integrates with the sea by feeling and engineering rather than a randomly designed floating object on sea.”