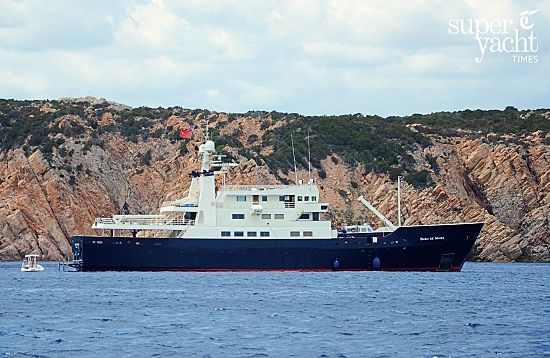 Superyacht Bleu de Nimes anchored off the island of Sardinia

When Bleu de Nimes was launched in 1980 she was intended as a degaussing ship to be used by the British Royal Navy. She was never used for this purpose and instead was sold to a private owner some years later. Between 2003 and 2008 the yacht underwent a major refit and was transformed into a luxury charter yacht. Some of her original characteristics still remain however, such as her 12,000 nm range, making this the perfect vessel for transoceanic cruises. A flush foredeck has been installed which is used as a touch and go heli pad. Here she is seen anchored off the rugged island of Sardinia last month.