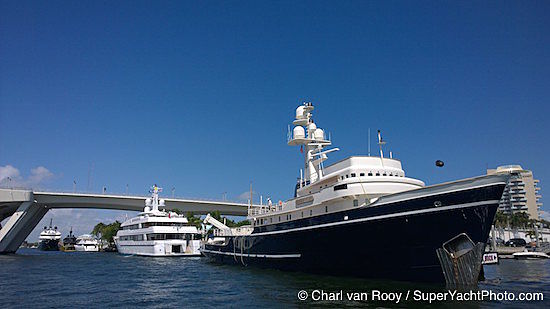 Built by the now defunct Dutch shipyard J & K Smits in 1957, pictured here is the 58.85 metre steel expedition yacht Seawolf, seen recently in Fort Lauderdale, Florida. She features naval architecture and exterior design by DBR Huisman. She underwent an extensive four year long refit from 1998 to 2002 in which she was converted into the luxury yacht we see her as today.

She accommodates up to 12 guests over six staterooms, including one luxurious master suite, one VIP suite, two double and two twin cabins. Powered by two Smit Man RB666 1,500 hp engines, she has a top speed of 15 knots, a cruising speed of 12 knots, and an impressive range of 18,000 nm.