Home > News > The 58 metre superyacht Unbridled runs aground in Miami

Built by the U.S. shipyard Trinity Yachts in 2009, the 58.22 metre superyacht Unbridled has run aground in the Malloy Channel near Miami Beach, Florida. Reported by the U.S. Coast Guard, the incident happened yesterday at around 11 am with 14 people on board. 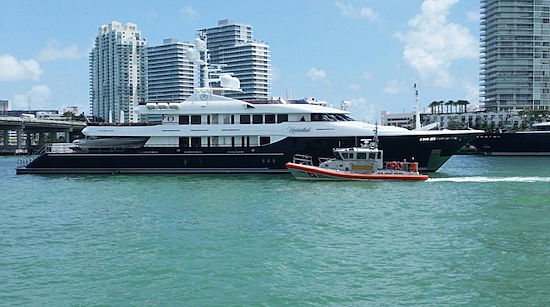 After receiving the notification, a boat crew from Coast Guard Station Miami Beach assessed the scene and quickly established a safety zone, a part of which is a temporary no wake zone. The Coast Guard reports that boaters must remain at least 20 feet away from Unbridled.

No injuries have been reported, and the yacht's owner has contracted Tow Boat U.S. to determine the condition of the vessel.