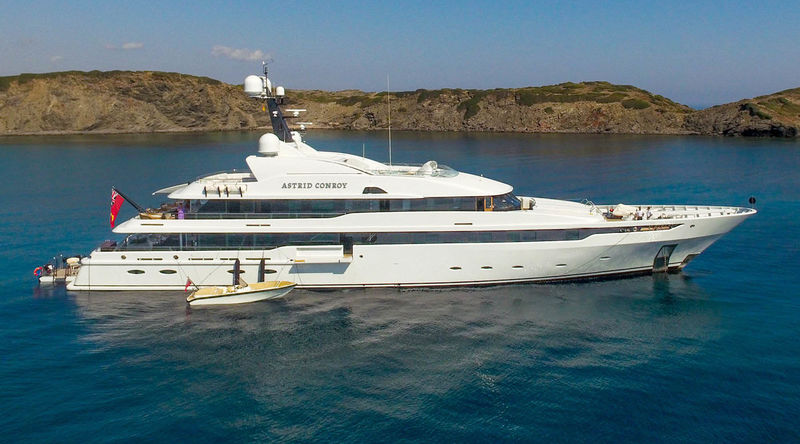 Photo: Moran Yacht & ShipBuilt by Amels as Project T, Astrid Conroy was launched by the Dutch shipyard in 2006 under the name Tyndareo. Designed by Andrew Winch, her original owner later commissioned the 99-metre Feadship superyacht Madame Gu which also features interior and exterior design by the British studio. Astrid Conroy returned to Amels in 2014 for a major refit, which saw a new interior by Reverberi Designs.

On board, she accommodates up to 12 guests in six spacious staterooms, with all four decks accessible via elevator. Additional features include two salons, a library, gymnasium, jacuzzi as well as a beach club. 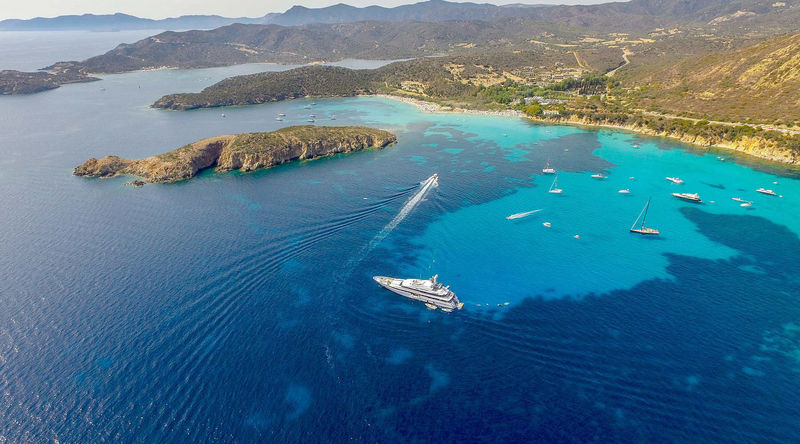 Photo: Moran Yacht & ShipPowered by twin diesel Caterpillar 3516B DITA engines, she has a maximum speed of 17.1 knots, a cruising speed of 16.5 knots and range of 5000 nm.

Following her 2014 refit, which included a full paint job in addition to an interior overhaul, upgrades were also made to her AV/IT systems SATCOM next to the addition of a new cinema and disco. 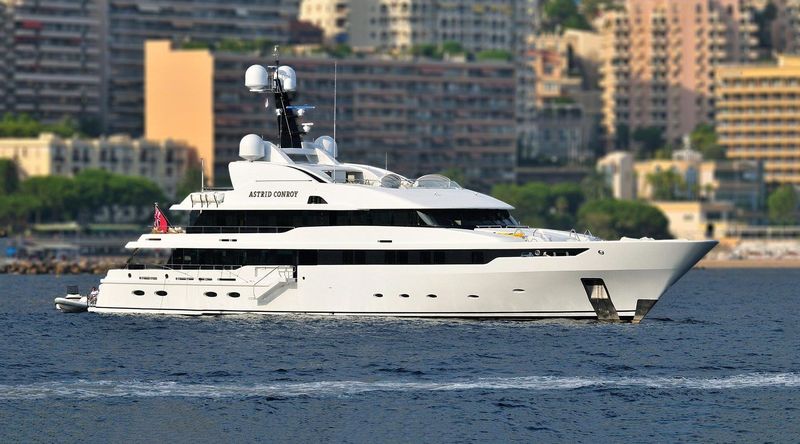