Home > News > The 58m sailing yacht Taouey seen from above 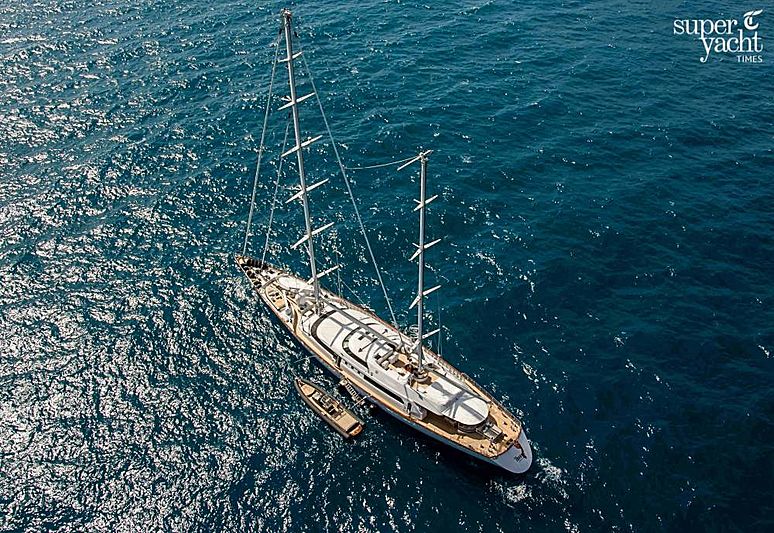 When launched in 1994 by Perini Navi, the 58 metre sailing yacht Taouey was known as the largest yacht to have been completed by the Italian shipyard at the time. It was only nearly 10 years later in 2003 when the 64 metre Spirit of the C’s (then Felicity West) snatched the title away from her. Although she now sports an all-white exterior – having been launched with a blue hull – the yacht’s name has remained unchanged since her christening 22 years ago. SYT captured this aerial photo of her where she was anchored off Monaco last week.