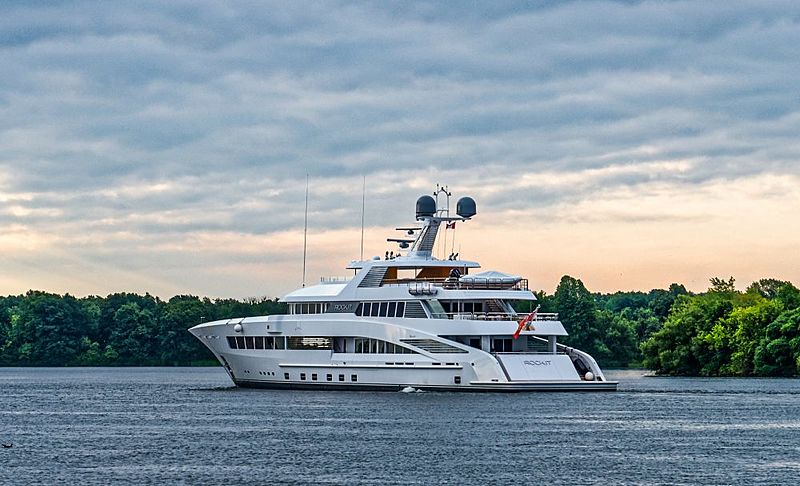 Launched in 2014, the 60.34 metre superyacht Rock.It was built by Feadship for a charter-experienced owner who was in search of creating his own private yacht.She features both an exterior and interior design by Sinot Yacht Design, ableto accommodate up to 10 guests and 13 crew members. Setting Rock.It apart from other Feadships isthe first-time application of an intuitive control and maneuvering system on a superyacht, developed especially for naval applications. She was seen last week cruising off Ontario on the Saint Lawrence River which separates Canada and the United States.