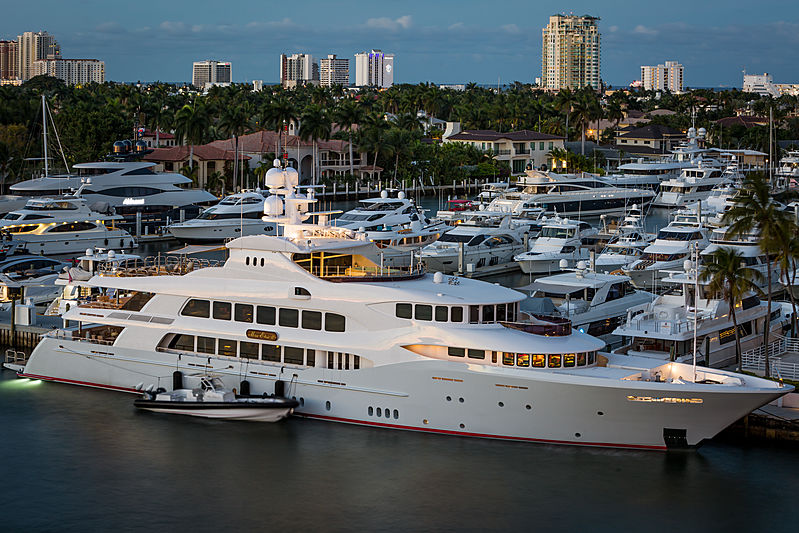 Photo: Ron RaffetyBuilt in 2011 and today the second longest superyacht built by Trinity Yachts (after the 74-metre Cocoa Bean from 2014), the 60-metre all-aluminium motor yacht Mia Elise II was originally built for an experienced yachtsman and launched under the name Areti. Trinity themselves took care of the naval architecture and exterior design of the project while Patrick Knowles was selected to create the custom interior styling on board. Here she is captured in the yachting capital of Fort Lauderdale by local photographer, Ron Raffety.