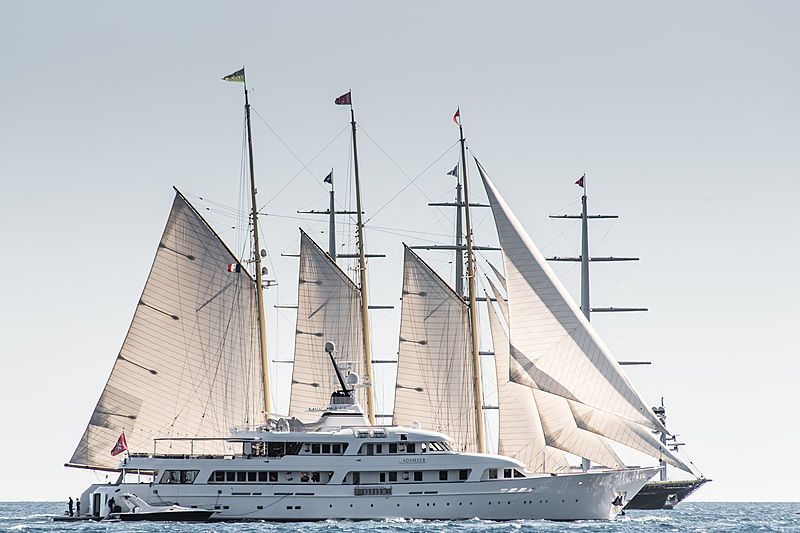 Photo: Tom van OossanenBuilt in 1987 and launched as Azzam at Dauphin Yachts in Singapore, the 61-metre Adamas II has been lengthened from her original measurement of 54 metres. Having changed hands twice since her launch, it is unknown if the yacht was originally connected to the current owning family of the world’s longest yacht of the same name. Adamas II features a large guest seating area on her main deck forward, a rare feature on yachts from this era. She offers accommodation up to 18 guests, and 16 crew. Here she is outside Monaco during the recent Monaco Yacht Show.