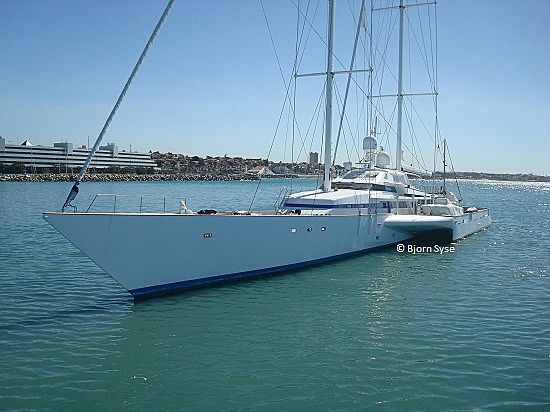 The 64 metre Pilar Rossi started out as a very different superyacht. She was built by Alucraft in 1989 and in the time, she was a 33.5 metre motor yacht. She was rebuilt as a trimaran and was lengthened to 45 metres in 2004 by Inace in Brasil. In 2007 the superyacht underwent another major refit. She was again lengthened, this time to 64 metres. Two masts were added to create one of the largest sailing yachts afloat.