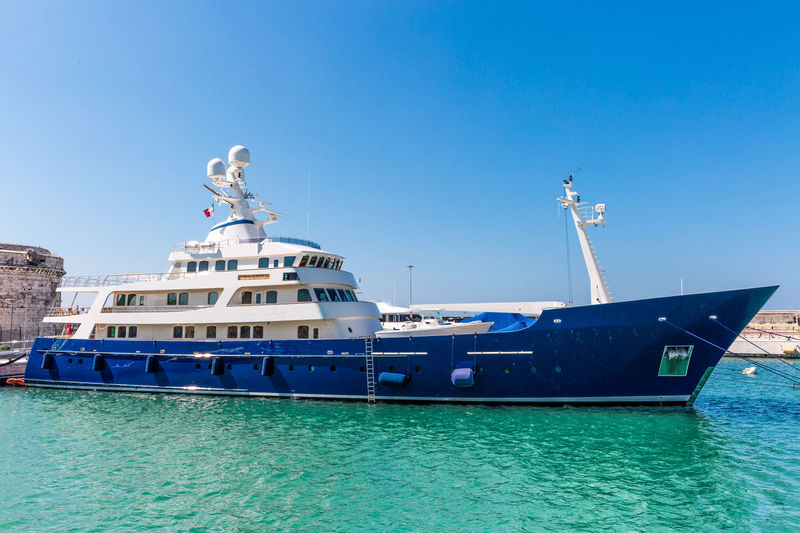 Photo: Nick StevensonBuilt by the Royal Denship yard in Denmark in 2006, here is the 63.84-metre explorer superyacht Albula moored in Naples, Italy. The owner that commissioned the yacht (under the name Turmoil) originally was an experienced yachtsman and was inspired by his previous yacht, the smaller 46.20-metre aluminium Turmoil - now named Pioneer - built by Palmer Johnson in 1996. She is a self sufficient world explorer, and is the largest Royal Denship explorer vessel built to date. Of her many notable features is a helicopter deck as well as the ability to carry three large tenders on board, including one of up to 40’ and two more of 25’. The vessel was acquired by her current owner last year after she as listed for sale at $48,500,000.