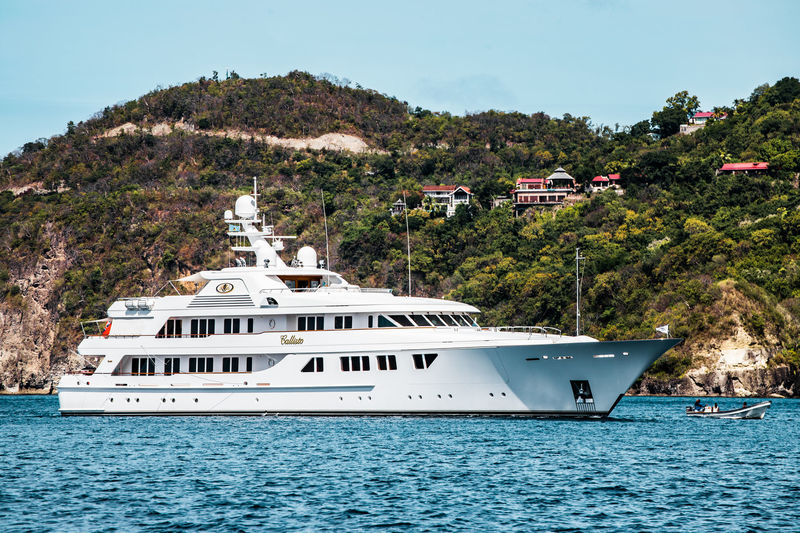 Photo: SuperYacht TimesBuilt by Feadship’s Koninklijke De Vries facility in 2006, the 65.2-metre motor yacht Callisto is seen here moments before dropping anchor off the Caribbean island of St Lucia earlier this month. She is designed by Terence Disdale who is responsible for both the interior and exterior looks of the vessel and worked closely with De Voogt Naval Architects on the project. Her owner has been keeping her in mint condition since launch day and in 2014 Callisto returned to Holland where she underwent a refit period at Balk Shipyard in Urk.