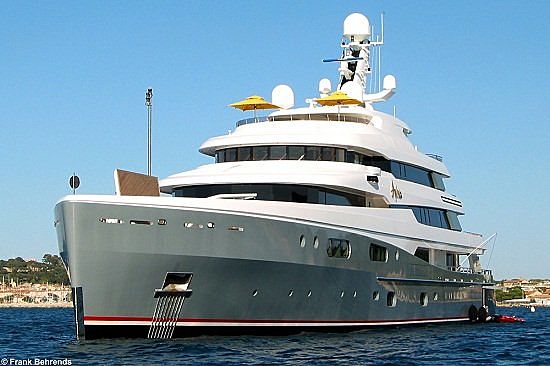 The 68 metreAviva is designed by British designers Reymond Langton Design, and was built in 2007 in Germany, at the Abeking & Rasmussen yard in Lemwerder. Her most striking feature is surely her bow, which comes close to an axe-bow design. The owners of Aviva previously owned Attessa, build by Feadshipand Sea Pearl, an Oceanco. The owners of Aviva keep her highly private, therefor no photos of her interior were ever released. The yacht has travelled around the world extensively. Amongst her stop was an 6 week stay in the centre of London in 2011, where she attracted quite a bit of attention. You can see a picture of her in London here.