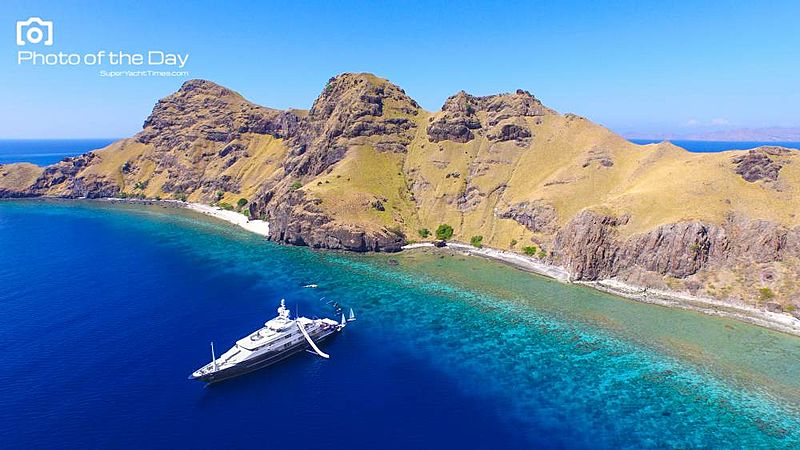 Triple Seven was built by German shipyard Nobiskrug to a design by Newcruise headed by designer Frank Neubelt. Spending much of her time in the Mediterranean, Triple Seven recently completed a tour of the Pacific Ocean and is captured here anchored off the untouched Komodo Islands in Indonesia.The yacht changed hands for a second time in 2013 and has remained under the same ownership since.

Mitch is a finalist in SuperYacht Gallery’s photo contest whose photo entry will be on display during the luxury exposition in Saatchi Gallery, London from 1-3 June 2017. Get your tickets to attend SuperYacht Gallery here.