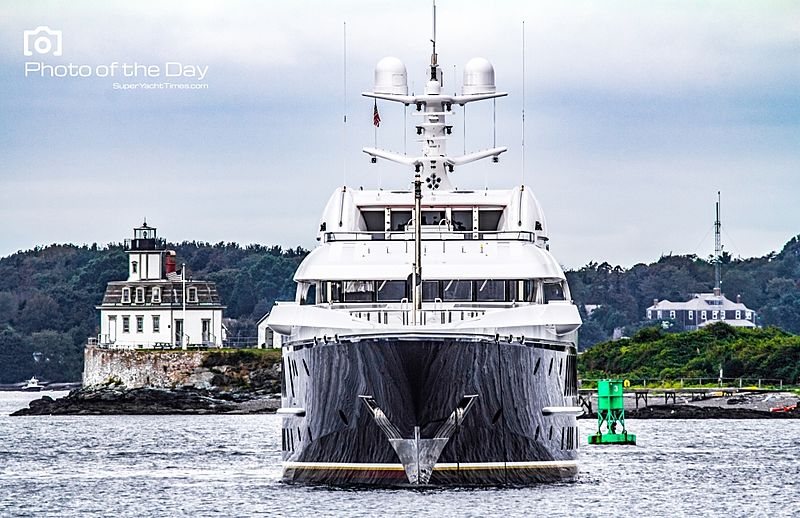 Currently cruising the east coast of America is the 68.15-metre Sycara V which was captured off Rose Island in Newport, RI yesterday. Sycara V was launched at the Nobiskrug shipyard in Germany in 2010 and commissioned by an experienced yachtsman. The yacht is powered by twin Caterpillar engines producing 2,130 hp each and allowing her to cruise at a maximum speed of 17 knots and a cruising speed of 14.5 knots. Her interior was designed by Craig Beale/Pure Detail. She can reach an impressive range of 7,000 nm without having to refuel.