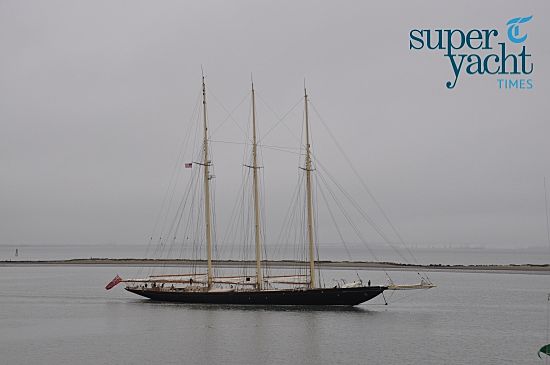 The 69.24 metre Atlantic, the 7th largest sailing yacht in the world, was designed by William Gardner and built by Townsend & Downey, Shooter Island, New York, in 1903. The yacht we see on this photo, is in fact a replica of the original yacht, which was delivered by Van der Graaf in The Netherlands, in 2010, to the drawings of the original schooner collected from various archives in the USA. She was photographed yesterday as she cruised under power down Potrero Reach in Richmond, San Francisco Bay, California.