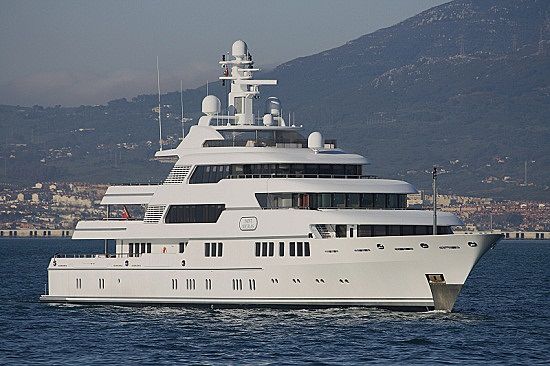 The 70.2m Saint Nicolas was the second of three more or less identical yachts, which were ordered by one client at the North German shipyard Lürssen. The first launched was Apoise in April 2006 and the third one is Martha Ann, delivered in April 2008. Saint Nicolas features a highly detailed classic interior, designed by Zuretti Interior Design. She is powered by twin 1850hp Caterpillar 3512 DITA engines, and has a range of 4.000nm.