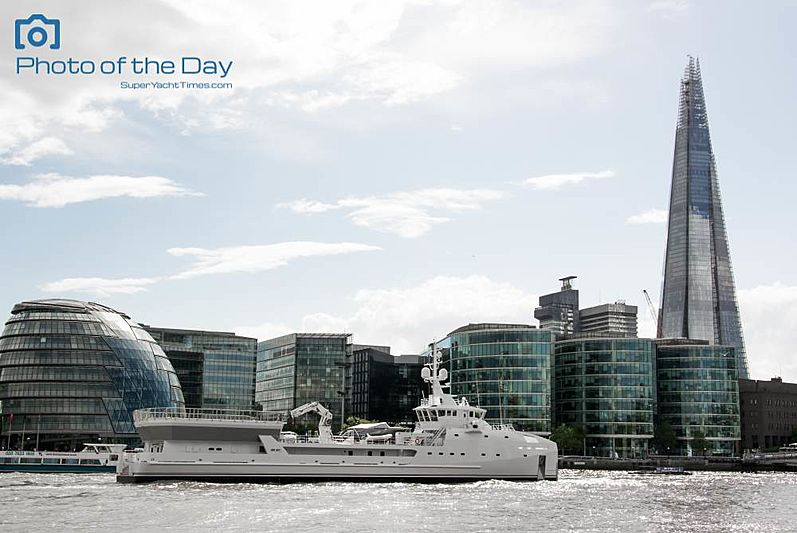 Damen’s brand new 70-metre yacht support vessel Game Changer was seen arriving in London last weekend where she was moored alongside the HMS Belfast for a few days. As the 11th support yacht launched by Damen, Game Changer comes complete as the ultimate toy and tender-carrying vessel and is even fitted with with a certified helipad on her aft deck where the helicopter can also be refuelled. The helipad has its own hangar that enables the vessel to stow the helicopter below deck in an enclosed space. Other on-deck features include 250 square metres of outdoor storage space with an additional 110 square metres of indoor storage space, including an onboard dive centre, below deck.