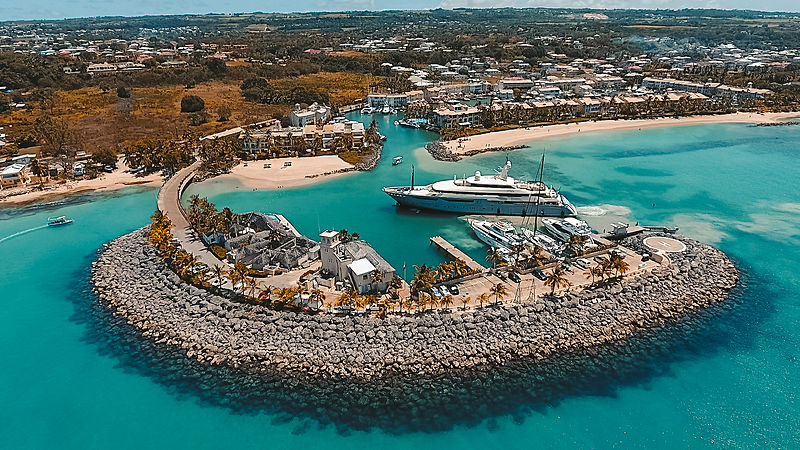 Photo: SYT ReaderOne of the 20 largest yachts to have been built in Italy, Azteca is a 72-metre motor yacht from the CRN shipyard in Ancona where other famous CRN superyachts such as Chopi Chopi and Cloud 9 have been built. From the drawing boards of Nuvolari Lenard, Azteca was delivered to an experienced owner in 2010 who also owns a smaller, 50-metre motor yacht named Azteca II. Her interior, also the work of Nuvolari Lenard, comfortably sleeps 12 guests and runs with a company of 28 crew members. One of Azteca's most notable characteristics is an expansive 330-square-metre sundeck, which hosts several oversized sofas, a shaded bar area, a Jacuzzi, a fully equipped gym and plenty of sun loungers. Here she is seen arriving in Port St Charles on the Caribbean island of Barbados.

Superyachts Venus and Azteca together in Barcelona

Superyacht of the Week: The 72 metre CRN masterpiece Azteca